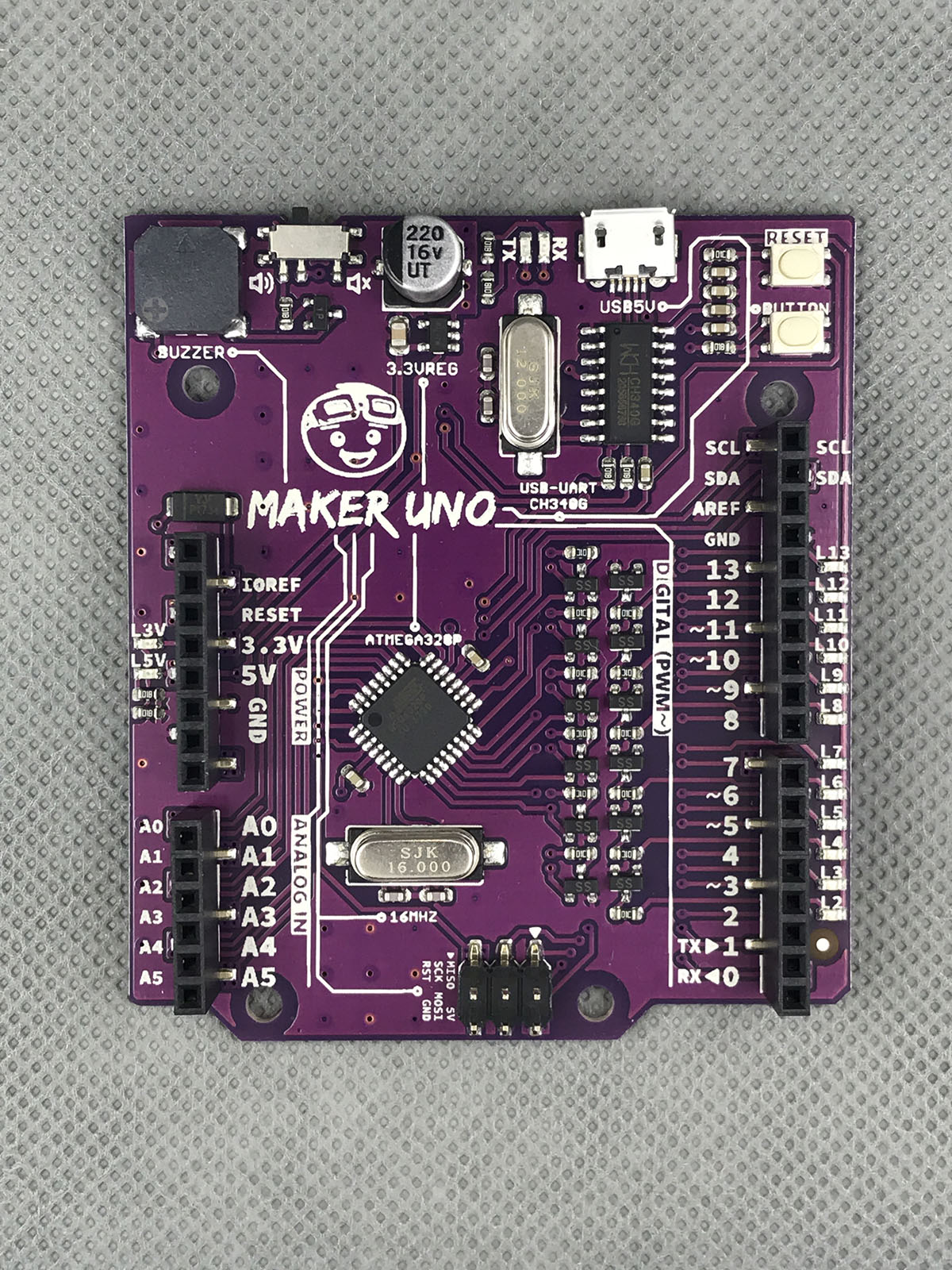 Friends at Cytron Technologies are going to launch an Arduino compatible Maker UNO board at KickStarter. They send me an early production board for review. So here are my two cents worth. (This is NOT a paid review)

This article from Wikipedia gives us a very comprehensive list of Arduino UNO compatible boards from “known” vendors.  There are 37 of them, excluding all the clones that are cheaply available from aliexpress etc. What makes Maker UNO distinctive is that it is specially redesigned for educational market. Let see what are the features / changes from the official Arduino UNO, follow the typical rules of “the good”, “the bad”, and “the ugly”

Summarize for the Good: More built-in peripherals, easier to power. All these significantly reduced the ownership cost and save precious classroom time.

Something went beyond “The Good” level. Lets save the best for last. And the best things are not always how good the construction is, how comprehensive the features are. For this time, the award belongs to the designer who made all the effort to include a blank space at back of the board for student to write his/her name! Who the genius designed this must have tons of experience in classroom! And my ultimate respect!

So here I finished my short review. Don’t forget to read the excellent article by Ober at https://hackaday.io/project/79748-arduino-uno-for-education, detailing the story behind Maker UNO. And see you Mar 23 2018 at KickStarter.